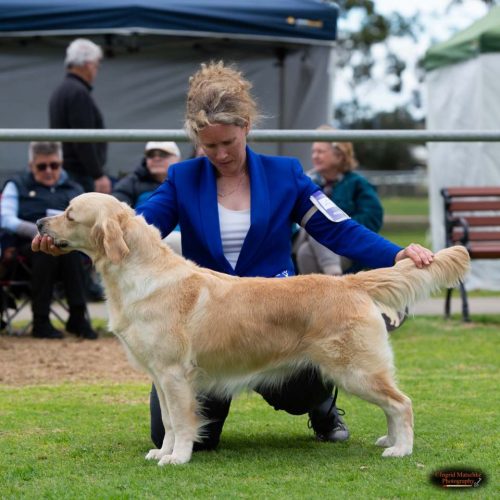 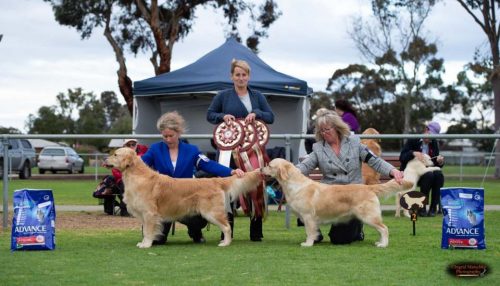 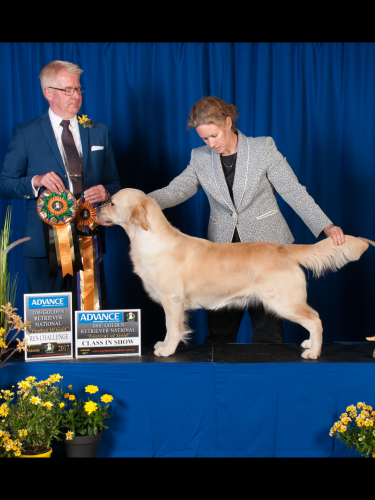 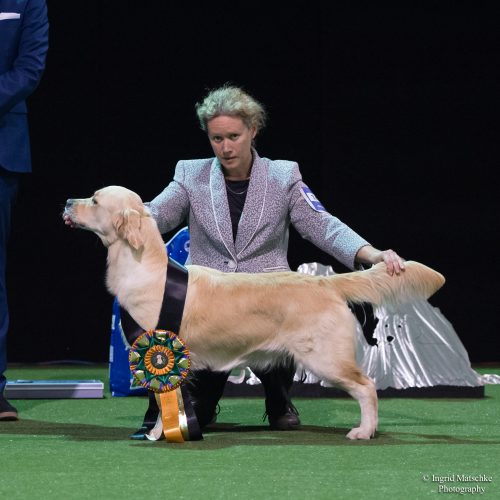 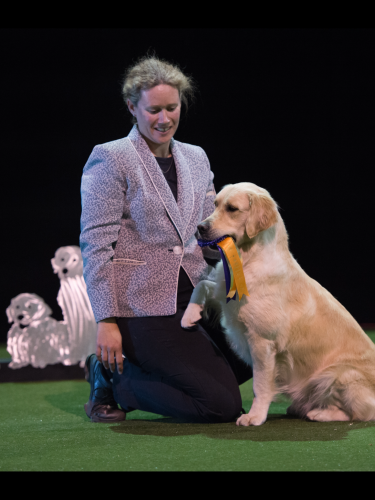 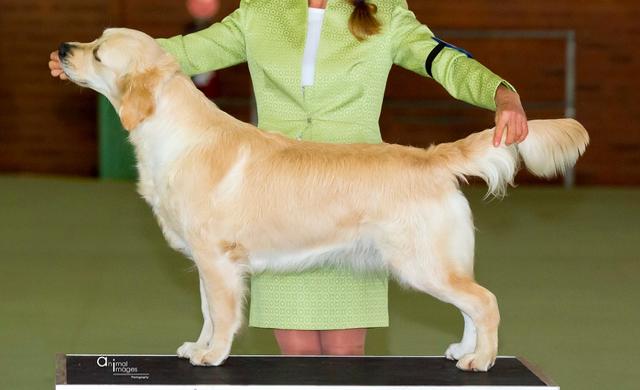 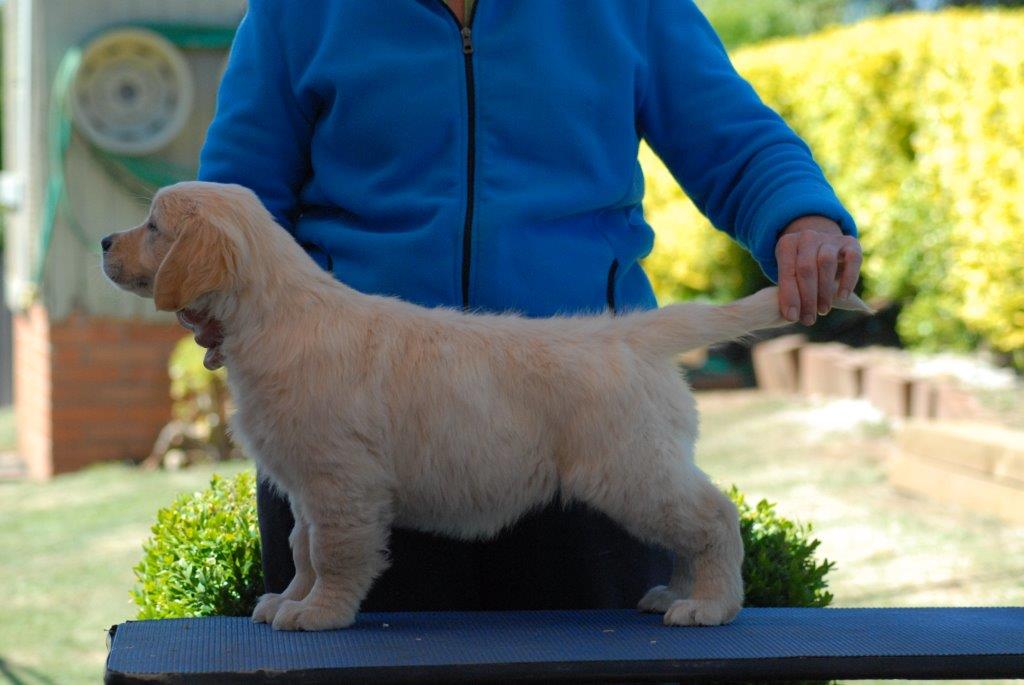 Also in September we showed the dogs at Melbourne Royal under Mr Rui Oliveira from Portugal. He awarded Lonnie Rescc from the Junior class behind her half sister Ch Giltedge Theres A Butterfly (Tina) in a full line up of quality bitches. She later went on to win Best Junior of breed.